More than 30 years of experience in industrial subcontracting!

As an industrial subcontractor for the production and assembly of metal or plastic products in small and products in small and medium series, Apsys Group has been working for more than 30 years with companies in all sectors of activity: security, medical, DIY, toys, etc. this solid experience in industrial subcontracting allows the group to respond to a large number of demands while continuously optimizing its machinery and its know-how.

As a local contact, Apsys Groupe is attentive to its customers’ needs, providing them with precision and expertise in the production of complex and finished products on its French or Tunisian site. 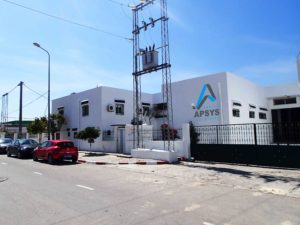 As an industrial subcontractor, the company adapts to a large number of projects.

Enthusiastic and eager to take up challenges, the Apsys Groupe teams advise you throughout the production process.

Equipped with a design office, Apsys Groupe can develop for you the industrialization of your plastic or metal part and be a force of proposal in the development of your product.

We are an industrial company that can produce both plastic and metal objects, our asset is to be able to assemble these different products (plastic and metal) to deliver a complex article with high added value.

Apsys Group in a few dates :

1994 : Creation of PLASTI SERVICES, a company specialized in plastic injection.

2002 : Launch of a new activity of manufacturing glazed units.

2007 : Creation of ASTUPLAST, a plastics processing company based in Tunisia for of 200 000 pieces per year.

2009 : Arrival of Antoine Audouin, son of the director, within the company. In order to understand all the facets and problems of the structure, he will work several jobs within the group.

2014 : At the time, Antoine Audouin was in charge of production and became general manager of the following the death of his father Willy Audouin